For the installation at Port Tonic both artists have combined their ideas on perspectives.

For Cécile it strikes that the building Port Tonic has the same straight lines and open spaces as the constructions of modernist architects like Mies van der Rohe and Le Corbusier. It reminded her of the villa's from her own paintings, but she missed a swimming pool.

For Jeroen it was important to confuse the visitor in what was real and what not.

The confusion of a 2 dimensional perspective in a 3 dimensional surrounding became the basis of the project.

On the grey asphalt of the space leading to Port Tonic the verticals and horizontals of the building will be extended by lines of white paint.

For the observer walking by however the lines look accidentally put down.

Only when he or she reaches the viewer point, where the perspective starts to work, the random lines create suddenly together with the existing building a 2 or 3 stories high modern structure with a swimming pool in front.

One step further again it collapses again in a maze of lines leaving the observer confused. 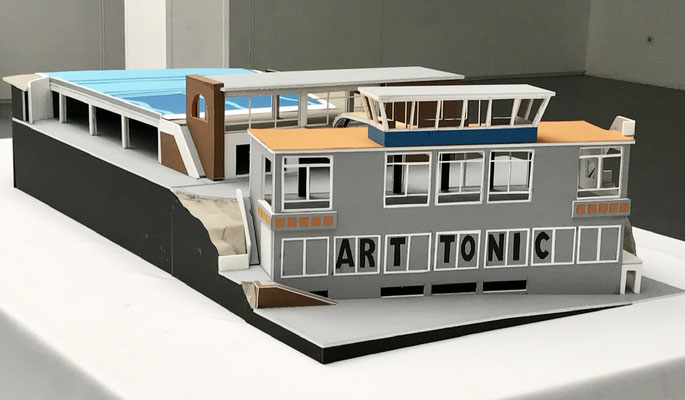 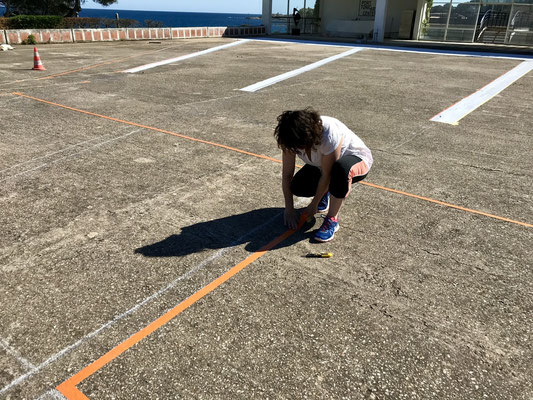 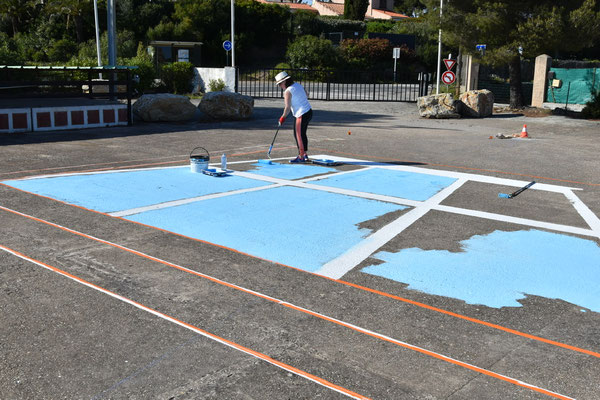 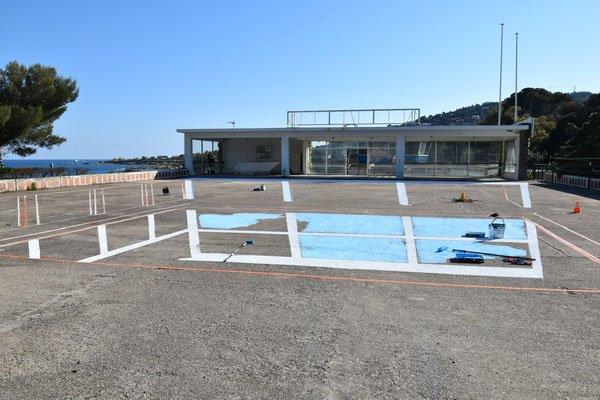 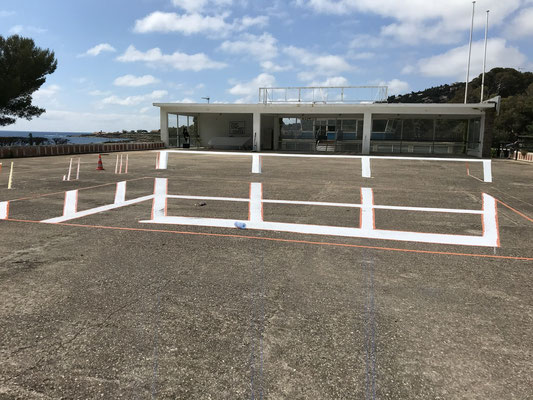 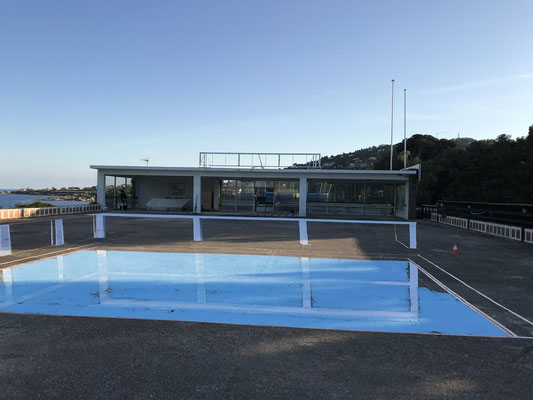 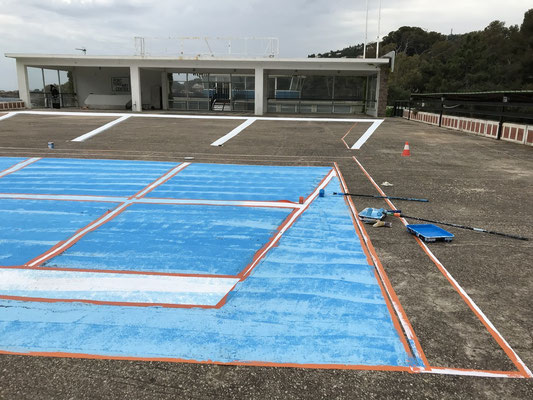 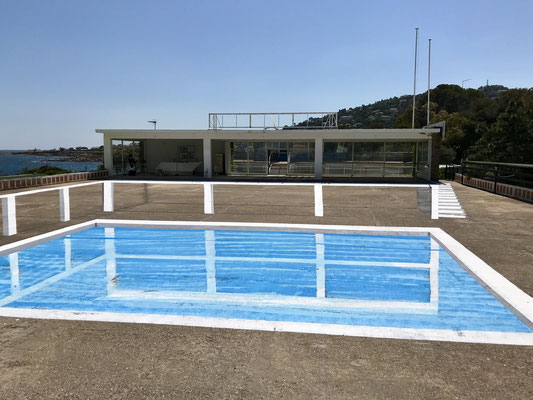 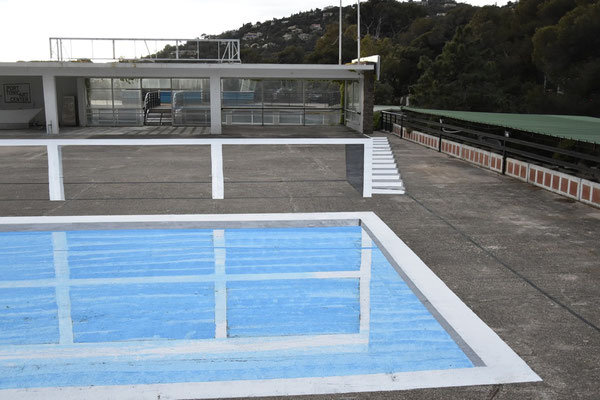